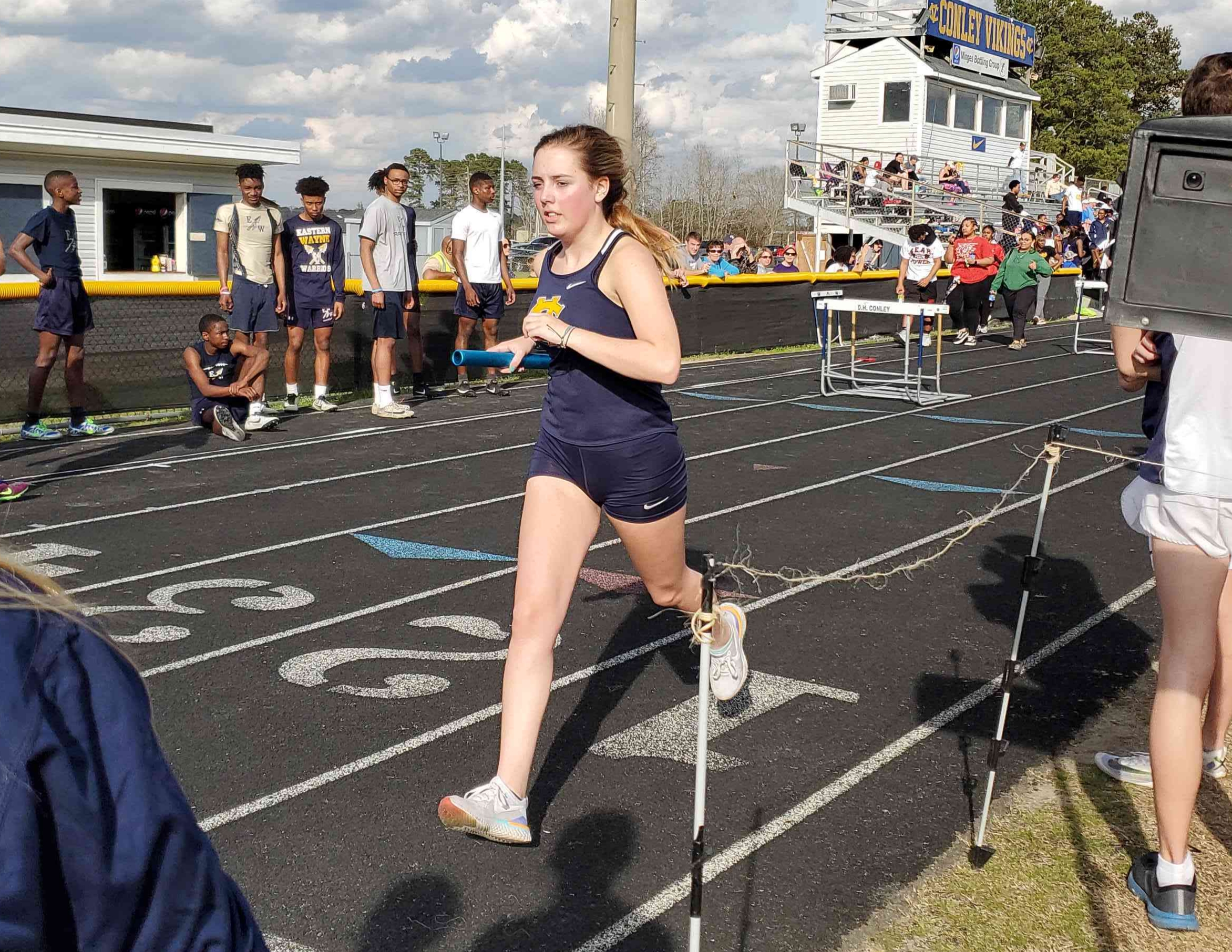 Weather conditions forced Conley’s home track meet to end before completion on Wednesday, action stopped with 4 events (800m, 200m, 3200m and 4x400m relay) remaining. At the time Conley was trailing Eastern Wayne and New Bern in a tight battle that had been going back and forth.

Despite the early ending, several Vikings were able to put up some great performances. Channing Mitchell won the 1600 in a time of 6:23, as well as helping the 4x800m relay team (Hayley Ferrell, Mitchell, Alice Guth and Eve Curtis) win in a time of 11:38.

Complete results are available at https://nc.milesplit.com/meets/377758/results

Conley travels to Wilson Fike on Monday for their next meet.