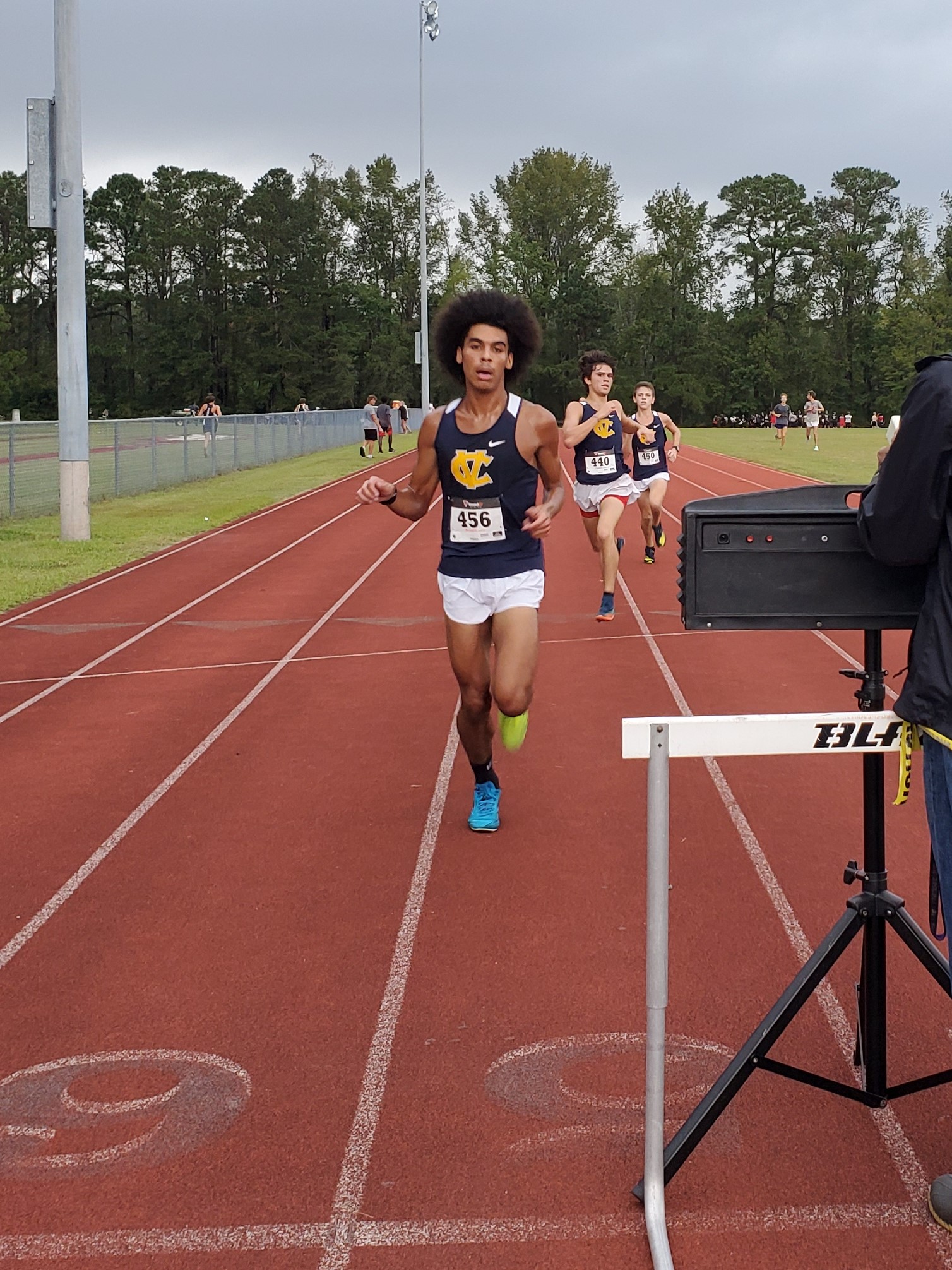 For the 7th straight week the Conley Cross Country Boys defeated conference opponents in midweek action, this time in the rain at New Bern High school. The Vikings took the first 4 spots help them post a low score of 18 points, ahead of rival South Central who had 46 points. New Bern was 3rd with 85, Southern Wayne was 4th with 118 points and Rose came in 5th with 134 points.

Complete results are available at https://nc.milesplit.com/meets/372047/results

Conley returns to action when they defend their title at the ECC 3A/4A Championships on Wednesday, Oct 23rd (4:00pm) at Boyd Lee Park.